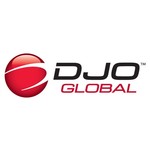 The Aircast A60 ankle brace is worn by tennis star Andy Murray! It is the perfect combination of support and protection of the ankle joint and the ideal solution for athletes with ankle problems!

The Airheel can be worn to significantly reduce heel pain and heel spur complaints during the day. You literally walk on air!

DJO was founded in 1978 as a "DonJoy" in a garage in Carslbad California (USA) by a professional American Football player and a local lawyer. Mark Nordquist and Ken Reed named their new company after their wives, Donna and Joy. And so finally the name DonJoy was chosen.

The first DonJoy products were very simple. These were neoprene bandages that could be worn over the knee, ankle or elbow for support. Only two years later in 1980, the company really started to grow. In that year, DonJoy introduced a rigid knee brace that was available in standard ready-to-wear, unlike the braces that had always had to be custom-made. The timing for the introduction of this new product turned out to be perfect. The modern era of sports medicine was still in its infancy, and products like this rigid knee brace flew like hot cakes.

In 1987, DonJoy was acquired for $ 20 million by the larger Smith & Nephew. A company specialized in invasive orthopedic aids (artificial knees, artificial hips, etc.) In 1995 the company Procare was also incorporated by DonJoy. Procare was at that time one of the largest producers of the so-called "Soft Goods", these are soft braces, bandages and supports for the body. By the late 20th century, Donjoy generated annual sales of approximately $ 100 million a year.

In 1999, the incumbent board managed to buy out the DonJoy company again from Smith & Nephew, the name was changed to DJ Orthopedics. In the years that followed, there was an explosive expansion drive, 7 companies were taken over with specialist products ranging from bone growth stimulators, to implants until finally in 2006 the company Aircast was taken over. In that year the name was changed again, this time in DJO incorporated. This is to make clear that DJO's knowledge and products today went much further than purely orthopedics.

In recent years, DJO has taken over several of the foreign distribution points. These strategically chosen locations give the company total control over the sales and distribution of its own products in the more than 36 countries where the company DJO is active. Because the company is active worldwide, the company is now known under the name "DJO Global". The company is constantly developing and growing in order to remain the market leader.

In the past thirty years, DJO has been able to acquire a respectable amount of companies to achieve an unprecedented range of products. The brands below are all part of DJO Global and can be supplied by ProBrace if desired.

DJO believes that the well-known brand names, the very extensive product range with the constant emphasis on quality, innovation and customer focus is an exceptional combination where the end user is central. In addition, the (largely self-managed) distribution network, the strong bond with orthopedic specialists and physiotherapists have contributed to the position as market leader. Because DJO is one of the few orthopedic device manufacturers with a complete range of preventive, pre-operative, post-operative, practice and self-treatment, they can profile themselves even better.

For more information about DJO Global's products or brands, please visit www.djoglobal.com. ProBrace currently offers a selection of products, but as a supplier of DJO Global can supply all DJO products. If you have a specific request about a DJO product, please contact us. We can